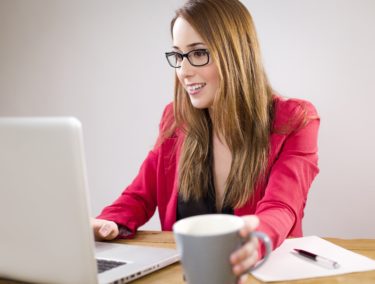 When does the notice start from?

An NHS worker sent a redundancy notice when she was on holiday abroad has won her case at the Supreme Court. The High Court and Appeal Court had upheld Sandi Haywood's claim that notice began when she read the letter, not when it was sent. The later timing resulted in a higher pension. The details of the case Mrs Haywood, from Gateshead, worked for Newcastle and North Tyneside Primary Care... 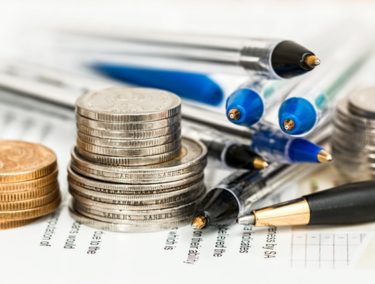 Limits on Payments and Awards

We share this handy table on limits on payments and awards to help you remain compliant with employment law. NB: This table was updated 15.03.18. [table id=1 /] [mad_subscribe driptag="BLOG" headline="Book a Free Online Toolkit Demo Today." description="In just 30-minutes our team can show you the benefits of our cost-effective, hassle-free way to ensure you are HR compliant. Complete the form below and we will contact you to book your...

We have put them in this handy table for you so you know what to do. [table id=1 /] Read how the Government administer Statutory Payments here 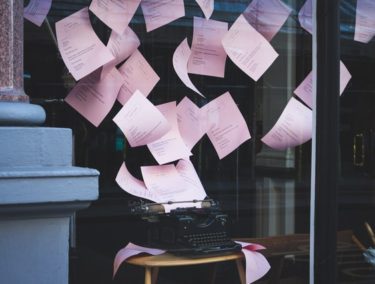 How can HR software systems help your business?

Historically Human Resources has been seen as an administrative function,  often an add-on to the office manager or even secretary’s role, frequently neglected in start-ups until either growth or an issue demanded attention... Nowadays, growing and innovative organisations recognise that an organisation’s greatest asset is its people and that the management of the human capital needs to be specialist lead to ensure compliance with statutory requirements, good practice and to...

What the Budget means for you as a business

Philip Hammond delivered the Budget – his first full Budget as Chancellor - with little surprise. In fact the word “dull” has been seen on Twitter more than once. The Autumn Statement had the majority of detail and changes already included with the announcement on 8th March providing the final clarification. We have however included details of the significant u-turn on National Insurance. Here are the headline issues directly impacting...

Employment Law changes you need to act on now

Whilst business owners are still struggling to understand the impact of Brexit, followed by the shock of Trump, 2017 is also bringing significant changes in employment law which is certainly making HR an exciting area to work in. Regardless of your industry or organisation size, this year will demand you have up to date information and a strong lead from HR to ensure that your workforce policies are compliant, forward...

10 of the most bizarre excuses used by unscrupulous bosses found to have underpaid workers the National Minimum Wage have been revealed by the Government. The list has been published to coincide with a new awareness campaign to encourage workers to check their pay to ensure they are receiving at least the statutory minimum ahead of the national minimum and national living wages rising on 1 April 2017. The £1.7 million...

Plans for the introduction of a new scheme called 'tax-free childcare' were initially announced way back in the 2013 Budget. The original proposals have since been amended and the scheme is now set to be implemented during 2017. Broadly, the new scheme, which aims to help working parents with the cost of childcare, will replace the current system of employer-supported childcare (ESC) which is offered by less than 5% of... 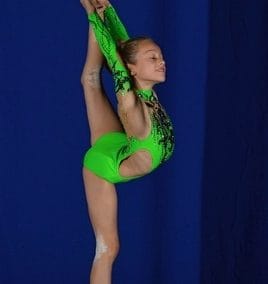 Flexible Working – any right of appeal?

All employees with 26 weeks’ continuous service have the right to request a flexible working arrangement. If you reject such a request do they have any statutory right of appeal? In April 2014, following legislative changes brought in by the Children and Families Act 2014, the statutory right to request a flexible working arrangement was extended. It now applies to all employees that have accrued 26 weeks’ continuous service. An...

The simple answer here is YES! Employees have to give some warning of their intention of going on holiday. This notice can be verbal or written, and must be at least twice the length of the planned holiday. In other words, if an employee wants to go away for a week, he or she must give notice of at least two weeks before the holiday (or whatever is stipulated in...

What you need to know about Travel Time

Travel time is working time for mobile workers with no fixed base. How can you know what is covered? On 24th September 2015, the European Court of Justice (ECJ) held that travel between a mobile worker’s home and the first and last customer of the day is ‘working time’. In Federación de Servicios Privados del sindicato Comisiones Obreras v Tyco Integrated Security SL, Tyco Integrated Fire & Security Corporation Servicios...

Holiday pay must include commission, confirms Court of Appeal

Payment for Annual Leave must include commission after the Court of Appeal has held that the Employment Appeal Tribunal (EAT) was correct in their decision to uphold a previous decision of an employment tribunal. The Tribunal had decided that the Working Time Regulations 1998 (SI 1998/1833) can be interpreted to require employers to include a worker's commission in the calculation of his or her holiday pay. Details Mr Lock, a sales...

In September 2016 there were media reports about a tribunal’s compensatory award to Donald McKenzie (M). The tribunal awarded an employee who was denied sick pay over £75,000. As an employer how can you avoid this risk? In 2015 M was signed off work with stress from his job as a manager at Pentland Motor Company (PMC) where he had worked for nearly 50 years. M’s employment contract clearly stated... 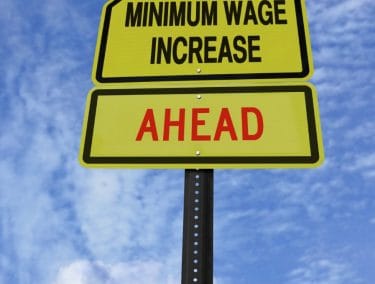 Fixed Term Contracts – what you need to know

A fixed term contract terminates on a specified date or at the end of a particular project or a specific task, fixed term employees could be employed for seasonal work, casual employees taken on to cover a busy period or someone to cover for maternity leave. Here is a round-up of Fixed Term Contracts – what you need to know: Fixed term contract are contracts that last for a specified...

What you need to know about laying-off staff legally

Laying off staff means you tell them not to come into work for at least one working day. This can be used when there is a temporary downturn in work and there is not enough work for the full workforce to do. Another option is short time working when you cut employee’s working hours. It is possible to use both systems at the same time, for example, your team would work...

Is your employee refusing to work their Notice Period?

An employee with a one-month notice period in his employment contract has just tendered his resignation. He’s also stated that he won’t be coming into work again. Where do you stand legally? Technically speaking, where an employee refuses to work some or all of their notice period, it amounts to a breach of contract on his part. Although you can point this out, the employee can’t be forced to turn...

How to calculate working time

Working time is defined in the Working Time Regulations 1998 (SI 1998/1833) as: any period during which the worker is working, at his or her employer's disposal and carrying out his or her activity or duties; any period during which he or she is receiving relevant training; and any additional period designated as working time under a relevant agreement. The Government provides guidance1 on what this includes. What counts as work...

The Government has now brought into force legislation which prohibits the use of exclusivity clauses in zero-hours contracts. Such clauses are deemed to be unfair as they prevent an individual who has no regular or guaranteed income (due to the nature of a zero-hours contract) accepting work from another employer. Therefore, such exclusivity clauses should no longer be used. That said, you can still have an express term in a...

What you need to know about Human Trafficking Statements

The Modern Slavery Act 2015 s.54 requires certain commercial organisations to publish an Annual Slavery and Human Trafficking Statement. Application The organisations this applies to are those: with a total annual turnover threshold of £36 million or more, which are carrying on business, or part of a business, in the UK which supply goods or services. Turnover is determined on a global scale and it includes subsidiaries. Both UK and...

Monthly tips on developing and managing a great team and staying on top of legislative change. Free Social Media Policy on sign up. 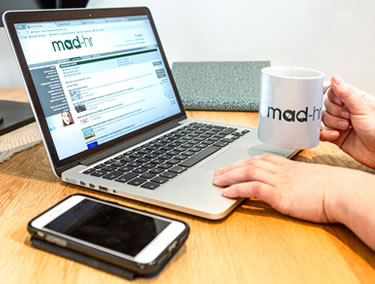 An affordable, comprehensive HR portal. Access all the latest documents you need as an employer.

Brilliant service and advice from MAD-HR.   Thank you so much, you’ve made the process of taking on our first employee an absolute breeze! Highly recommended.