This summer saw the arrival of an extremely colourful herd of elephants to the town of Ipswich.

Referred to as the ‘Elmer Parade’, the display which was made up of 56 large elephants and ran from June – September, was coordinated by the team at St Elizabeth’s Hospice. Over the summer, Suffolk saw a significant increase in tourism to both the town and the surrounding areas. This followed on from the success of the ‘Pigs Gone Wild’ campaign which attracted around 250,000 visitors to Ipswich in 2016 and generated an extra £1 million towards the local economy, resulting in significant amounts of money raised towards the Hospice.

Carole Burman, Managing Director of MAD-HR was delighted to present Norman Lloyd, the Campaign Manager for the Elmer Fund with a cheque for £805 which comprised of a donation from MAD-HR as well as the attendees of the Suffolk Chamber Prestige Dinner.

We’re very proud to be able to support this charity as it does such great work in the local community by supporting families when they need it most.

This year’s campaign has now ended, and the herd of elephants have all found new homes following last week’s auction.  The final amount raised totalled well over £262,000 – enough to provide care for an entire week at the Hospice.

Over the past three years, Norman has helped to coordinate this monumental task with the ‘Wild in Art’ project but this was his last project for the Hospice before his retirement. MAD-HR would like to take an opportunity to congratulate him and the rest of the team on the outstanding success on the campaign and wish him every success in his future endeavours. 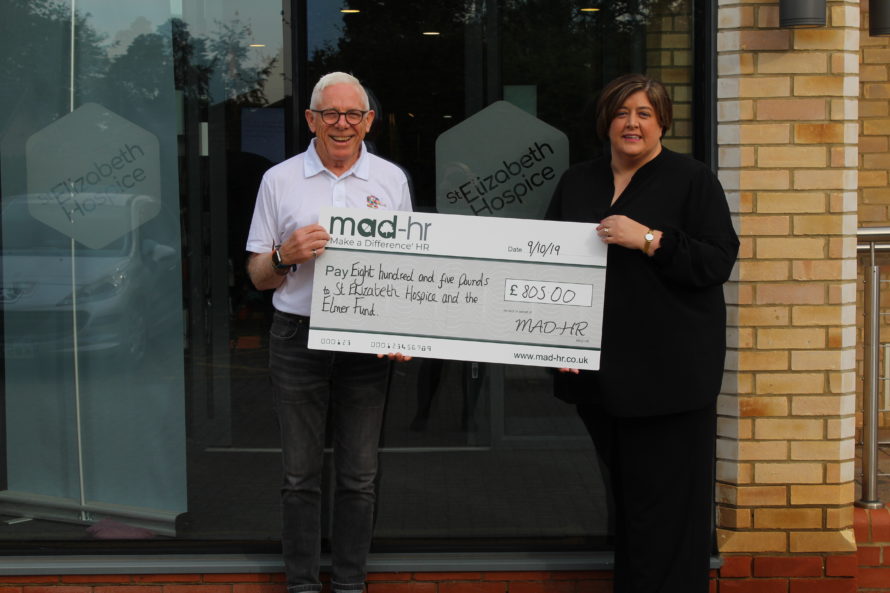 The role of an HR Consultant at MAD-HR

You may have often heard the name HR Consultant, but what does that actually mean in reality? What does an HR Consultant do? How do they support a business? One …

My first month at MAD-HR

Well, what a month! People say time flies when you are having fun and oh how true that is! I have recently joined the MAD-HR team as an HR Consultant …